As one of the leading manufacturers of hockey equipment, Bauer often forefronts advanced research and technology implementation into their products. It comes as no surprise that we’ve witnessed Bauer’s sticks in the hand of some of hockey’s most prominent athletes. But every now and then, Bauer takes additional steps to improve their already fantastic products, granting the top-performing product lines with the ADV suffixes.

Bauer Hockey introduces their Supreme ADV line of hockey sticks, which never-before-seen upgrades that offer unparalleled strength, weight reduction, and versatility on ice. The Supreme ADV hockey sticks are the precise subject of this review, in which we’ll discuss the stick’s improvements, performance, and possible shortcomings.

The Bauer Supreme ADV is an actual one-piece construction hockey stick that comes in various lengths and flexes, catering to Juniors, Intermediates, and Senior hockey players. This advanced version of the Supreme hockey stick measures anywhere from 54” to 60” in length, bearing appropriate flexes across categories. Here are the specs:

The stated weight is measured on a 60” Senior-category hockey stick, with 87 flex and P92 blade pattern. The P92 is the highest blade profile on Supreme ADV, and it’s available across all categories.

Thanks to the implementation of Bauer’s proprietary and always-evolving technologies, the Supreme ADV has to be the most advanced Supreme stick ever seen. Though present on other Bauer’s sticks, these technologies are additionally refined for this particular model of Supreme, granting it exceptional strength and elite-level performance.

So, without further ado, let’s “peek under the hood” and see what really makes this version of Supreme so ADVanced.

The Supreme ADV’s shaft screams “energy transfer” throughout the entire length, all the way to the blade’s tip. It’s constructed from super-thin TeXtreme 18K carbon fibers, which are thinned out to help shave a few grams of the stick’s overall weight. Additionally, they are more tightly compressed throughout the stick, allowing weight reduction without any cost in durability.

On that note, the entire shaft utilizes Bauer’s proprietary Advanced Carbon Layering technology, which adds flexural strength to the fibers, and strengthens the shaft. These enhancements are possible due to ACL’s strategic fiber placements and pattern arrangements, which result in better durability. Unfortunately, Bauer didn’t specify the matrix material within the composite, but we suspect that it’s their proprietary DuraFlex resin system.

With that said, it’s time to move onto the taper. The Supreme ADV uses a new Sonic Taper Technology, which shapes the stick’s taper into a revolutionary 7-sided geometry. This geometrical profile allowed Bauer to remove excess material from the taper, and further reduce weight, without afflicting durability in any negative way. It raised the flex point to the middle, providing maximizing energy transfer for the most powerful shots.

The combination of various technologies in the shaft’s build allows for Bauer’s Maximized Energy Transfer, enabling more effective energy loading. By reducing the time required for energy transfer from the kick point into the blade, the Supreme line’s accent shifted from slapshots to all-rounders. This allows players to generate powerful shots without having to swing their Supreme hockey stick too much.

Bauer introduced their new FastCore technology, redesigning the Supreme ADV blade, giving it an Aerofoam Core. The purpose of Aerofoam is to reduce the blade’s overall weight, subsequently making the stick feel lighter. Additionally, the significant weight reductions lead to the stick’s improved balance and control.

The Energy Core is placed at the blade’s strike impact, where the blade-puck contact occurs. It works by absorbing the puck’s impact energy into the stick and releases it back into the puck for added acceleration and power. Of course, the Energy Core is entirely enveloped by the Aerofoam Core, creating a unique combination that adds a reactive but controlled puck feel.

Supreme ADV’s true capabilities become noticeable once it’s out on the ice since it truly is an unprecedented Supreme hockey stick. It’s engineered to provide elite-level performance in any given situation during a pro-level hockey game.

We all know that lighter sticks are easier to control and wield in the rink. Bauer’s use of the ACL technology on their TeXtreme 18K carbon fibers was a great idea in terms of weight reductions. Not only did it shave some of the weight off, but it removed anywhere between 40-70grams, depending on other Supreme sticks. Sure, it’s not the lightest stick on the market, especially if you look at Bauer’s Vapor ADV, but it gets the job done.

Last but not least, the blade. The redesigned blade plays well with the Maximized Energy Transfer build, as it transfers the puck’s feel through the stick into your hands. This allows for better puck awareness and ultimately better control and accuracy for stickhandling and shooting.

Though drastically different from Supreme hockey sticks’ previous iterations, the Supreme ADV is undoubtedly a game in its own right. It’s designed to offer versatility on the ice by providing both speed and power, bringing together the best of both worlds.

So, if you’re looking for an elite-level performer, the Supreme ADV undoubtedly has a lot to offer. But keep in mind that with the great power comes a hefty price tag. 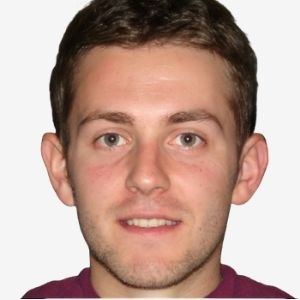